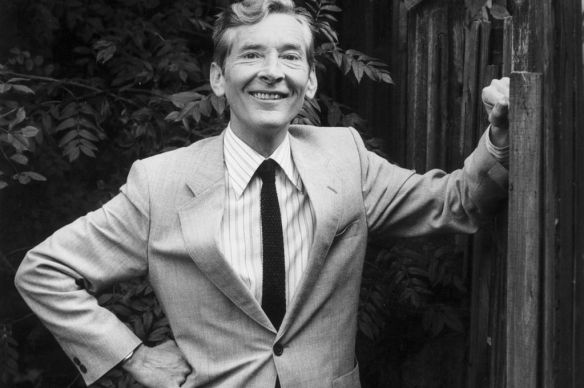 This brand new and exclusive Gold original series sees British comedy legend Dawn French narrate a unique approach to finding out more about some of our favourite performers, using their most memorable moments from British TV chat shows and beyond.

Kenneth Williams complex and comic life is interestingly presented in the first episode of Gold’s new documentary series. Williams’ fame was found through Carry On and Hancock’s Half Hour and while the accounts he gives of both his times there are not as proactive or distaste filled as his diaries, the interviews assembled do show Williams somewhat contempt at times for his critics, fans and fellow actors. Certainly the Williams shows in the collection of interviews is not the true Williams – it is all an act for his beloved camera.

The brooding and morbid side to his personality is somewhat shoved under the carpet and only referenced when chronicling the end of his life. Also, removed from the narrative is the actual viciousness of his relationship with his antagonistic father, Charlie and the suggestion, made in a book published about Williams in 2008, that he may have had something to do with his father’s untimely death. The Williams presented is not as caricaturised as his Carry On performance nor as realistic as Michael Sheen’s depiction of him in Fantabulosa or the version seen in his many biographies.

In essence The Interviews – Kenneth Williams is a nice clip show, which shows off Williams’ comedic timing and his use of anecdotes but for anyone wanting to see a detailed and deep documentary about Williams, they should look elsewhere.

The Interviews – Kenneth Williams will be broadcast on Gold on Wednesday, 24th of June from 9:00pm.