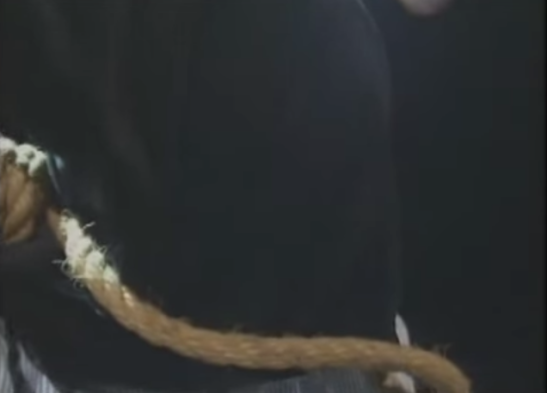 Since the re-election of the Conservative party to government there has been a lot of talk of the reintroduction of capital punishment. Seeing as, along with the execution of the Human Rights Act this was something that was included in the Tories manifesto it would seem natural that they would at least want to implement it. The new justice secretary Michael Gove wrote back in the days of Thatcher why hanging should be reintroduced. However, the argument for the reintroduction of capital punishment to this country is as flimsy as the Conservative’s majority in Parliament. This article will present a point by point rebuttal of the major arguments that have been put forward for the return of capital punishment to these shores.

This is the most popular argument for the reintroduction. The basic premise is that if crimes such as murder, rape, terrorism etc. were punishable by death then people would stop perpetrating them.  This, however, is a basic fallacy; simply because there is a punishment does not mean that human beings will stop committing barbarous acts. No matter what the crime, the looming threat of the electric chair will not stop people from committing crimes. It did not stop them in the past and no matter how earnest Mr Gove and the rest of the cabinet are they will not be able to change that. In fact, there is evidence that the death penalty  encourages a culture of violence that makes crime worse. For instance, there is a sharp difference in America with the murder rate between states that have the death penalty and states that do not. More murders, on average, occur in states that do have the death penalty than states that do not. As recently as 2011, the difference was 15% though in the past it has been higher. Only a little further back in  2005 the average difference was as high as 40%. To further compound the fact that the death penalty is not an effective deterrent, a study conducted for the UN by Amnesty International in 1996 declared:

“Research has failed to provide scientific proof that executions have a greater deterrent effect than life imprisonment. Such proof is unlikely to be forthcoming. The evidence as a whole still gives no positive support to the deterrent hypothesis.

The key to real and true deterrence is to increase the likelihood of detection, arrest and conviction.

The death penalty is a harsh punishment, but it is not harsh on crime.”

There is no evidence whatsoever that the death penalty actually stops people killing, no matter what Miss Patel, the Minister for Employment asserts as “fact”.

“Well, if you executed people who are guilty then it is all right”.

The problem with this though is the proving that someone is guilty. Aside from the moralistic implications of saying “well, it’s wrong for you to kill but when we do it, its justice!” you have to consider solid, hard facts about the amount of people who have been convicted and nearly executed. In the USA 130 people have been found innocent and let free from death row. Throughout the history of capital punishment many more, possibly an inconceivable amount, will have died in such a way. Do we really want to risk the lives of people who are innocent to kill those who are guilty?

“It is cost effective”

This is another problem with the argument for the death sentence: it is not cost effective and would not save us money. In fact, it would cost us money. The trial of the Oklahoma bomber Timothy McVeigh cost $13 million. New Jersey spent $253 million over a period of 25 years and did not execute a single person. In California, the situation is even worse with capital punishment having cost the state 4 billion since 1975. If capital punishment was stopped in that state today then it would save about $170 million. And remember; this is from a country that has had capital punishment established on and off since 1608. Once upon a time we had capital punishment in this country until it ended in 1964 (before being fully abolished in 1998). We would have to start from scratch. Not only, whatever method that would be used, would end up costing the tax payer millions there is the fact that the legal system would be overhauled to reintroduce capital punishment. Then there would be the cost of training the executioners (particularly needed if Mr Justice Secretary’s personal preference of hanging were reintroduced), the setting up of execution centres etc., etc. This is a move supported by a government that at the same time claims that we still need cuts to public services as we have to “balance the books”. How will the Prime Minister be able to validate cuts to the National Health Service while millions of pounds are ploughed into a system that not only does not stop criminals but may result in the execution of innocent people?

In conclusion, the death sentence is something that is outmoded, unjust and incredibly expensive. Bringing back capital punishment would only serve to fuel a notion that violence solves violence which we know too well that it does not. The Conservative Party claimed on entering government that they were the new party for “the working people”. If they bring back capital punishment, the people that will be worst hit will be those working people.