The BBC have today released promotional pictures for the third episode of Jonathan Strange & Mr Norrell. Starring Eddie Marsan and Bertie Carvel the series is based on the book by Susanna Clarke. The drama focuses on the relationship between Marsan as Mr Norrell and Carvel as Strange and their attempts to revive English magic. The third episode will be broadcast on Sunday the 31st of May on BBC One from 9:00pm to 10:00pm. Below are more promotional pictures featuring the cast which includes  Alice Englert, Marc Warren, Samuel West, Charlotte Riley, Enzo Cilenti, Ariyon Bakare and Peter Bowles and a synopsis for the episode.

Jonathan Strange arrives in Spain, only to find that Lord Wellington has no interest in making use of him – until he summons ancient and troubling magic to fight the Napoleonic armies. Mr Norrell, meanwhile, is back in England battling to keep his secrets hidden.

Arabella Strange discovers that the recently resurrected Lady Pole has become dangerously unhinged, but her letters to her husband about this are being intercepted by Mr Norrell. The mysterious Gentleman with thistledown hair enrols Sir Walter’s servant Stephen to help him bewitch Arabella, and tells him of a prophecy that says Stephen will be a King. 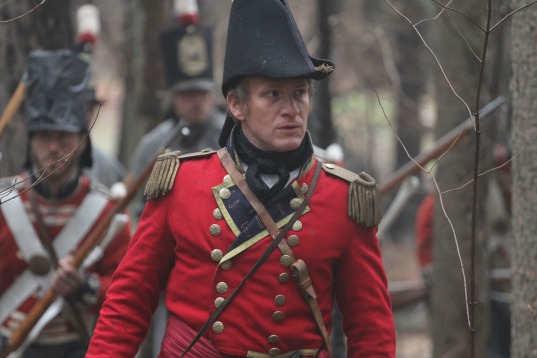