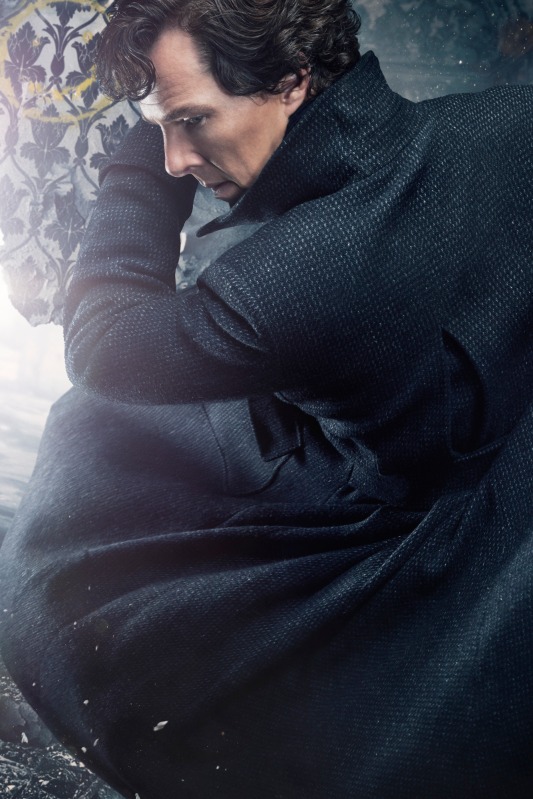 he BBC have today released a new character shot for the first episode of the new series of Sherlock. Adapted from the works of Sir Arthur Conan Doyle, the series is written by Doctor Who supremos Mark Gatiss and Steven Moffat and stars Benedict Cumberbatch as the irregular detective alongside Martin Freeman as his trusted friend and confidant Doctor John Watson. Following the climatic ending of the third series, Sherlock returns to BBC One on Sunday the 1st of January and is on from 8:30 – 10:00pm. The first episode’s synopsis can be found below:

In episode one of this new series, written by Mark Gatiss, Sherlock waits to see where Moriarty will make his posthumous move.

One mysterious case in particular baffles Scotland Yard – but Sherlock is more interested in a seemingly-trivial detail. Why is someone destroying images of the late Prime Minister Margaret Thatcher? Is there a madman on the loose? Or is there a much darker purpose at work? Something with its roots deep in Mary Watson’s past…