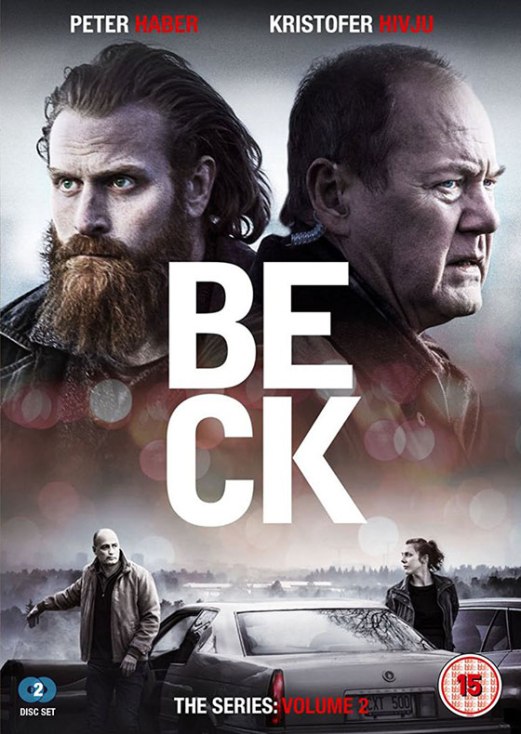 Detective Martin Beck played by Peter Haber (The Girl With The Dragon Tattoo) and his team investigate four suspenseful cases that blur the line between the team’s professional and private lives.

Based on the hugely popular Martin Beck detective novels by Swedish husband and wife writing duo Maj Sjowall and Per Wahloo, “Beck – The Series” once again sees the much-loved detective brought to life on the small screen.

Nordic Noir has always prided itself on presenting original, intricately thought out, cinematographically outstanding productions. Beck is no exception to this; based on the highly successful books by Maj Sjowall and Per Wahloo the series keeps the heart of the books intact whilst developing the setting and magically inviting us into its world.

The final element which makes the series is Peter Haber as Beck. Beck is a methodical investigator and Haber encapsulates this in his emphasise when speaking. His first meeting with Steinar Hovland is a fine example of this – Haber’s channelling of Beck’s repressed resent is clear and beautifully done. Haber also imbues Beck with distinct facial expressions. Haber’s control of Beck’s face is unparalleled and he imbues it with the sharp intelligence of the master of detection. Nowhere is this more apparent than in Beck’s final scenes in The Last Day.

The cinematography in Beck is astonishingly done. The sweeping landscape of Sweden is beautifully filmed and the crimes set against the backdrop of Sweden are illuminated because of the landscape. The brutal poetry of the landscape and that of the crimes themselves is cleverly interwoven by the production team to help make the drama so much more special.

You can purchase Beck the Series: Volume 2 now directly from Nordic Noir.