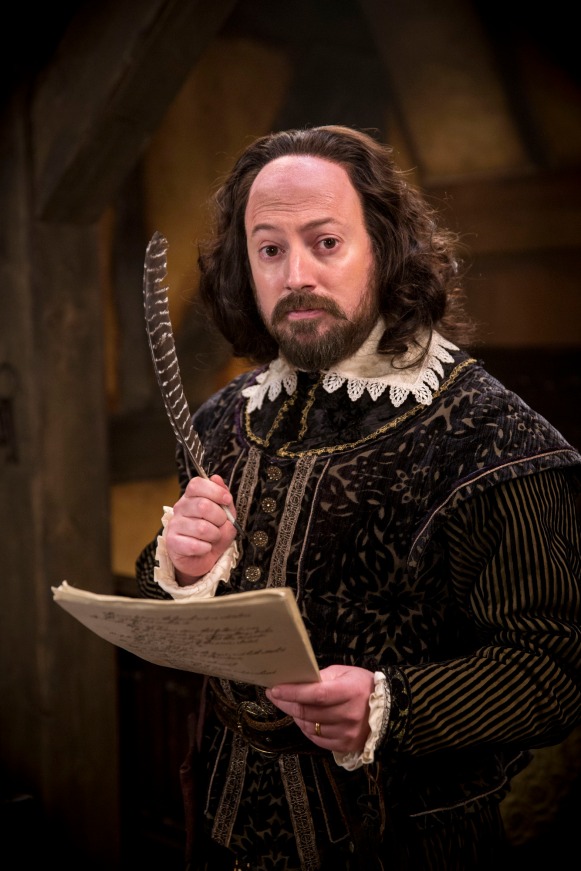 The BBC has today released the first promotional picture of David Mitchell as William Shakespeare in Ben Elton’s new BBC 2 sitcom Upstart Crow. Set to be broadcast this April as part of the BBC’s Shakespeare festival, described by BBC 2’s controller as a “wonderfully witty new show”.

It’s 1592 and Will Shakespeare is just at the beginning of his extraordinary career. The series will focus on both Will’s family and professional life and include the surprising stories of where many of his ideas came from. Also featured are his wife Anne and his extended family, his servant Bottom, his friends Kate and Marlowe, his theatrical troupe, and his rival Robert Greene.

In the series, Will finds inspiration for Romeo from an unlikely source; mislays a nearly treasonous masterpiece; gets tricked into a very embarrassing pair of tights; has a spot of bother with the wife over some sonnets; meets three witches who predict great things for him; and borrows some money on some rather unusual conditions.