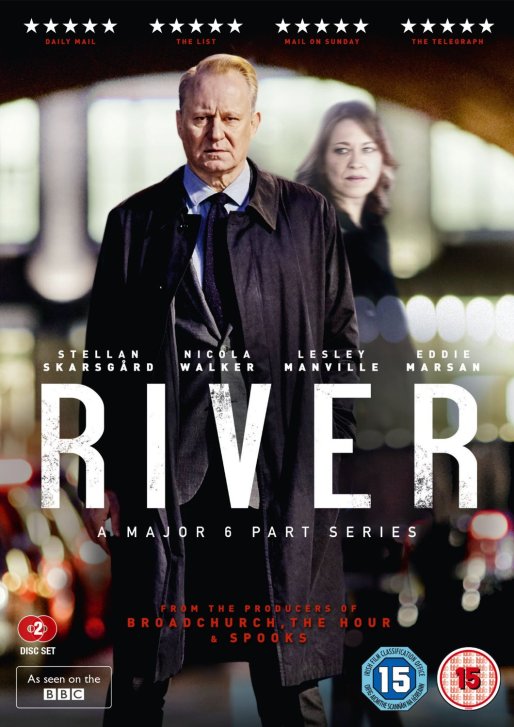 John River (Stellan Skarsgard) is a brilliant police officer whose genius and fault line is the fragility of his mind – a man haunted by the murder victims whose cases he must lay to rest. A man who must walk the professional tightrope between pathology so extreme, he risks permanent dismissal and a healthy state of mind that would cure him of his gift.

Struggling to come to terms with the recent murder of friend and colleague Stevie (Nicola Walker), the investigation into her death begins to reveal her deepest secrets; River has to question everything he thought he knew about his one true friend.

Contemporary police investigation dramas are the norm for television. They are a staple of the medium and in recent months there have been a number ranging from the hilarious like Channel Four’s No Offence, to ridiculous like BBC Two’s From Darkness or innovative like ITV’s Unforgotten. However, out of all of them BBC One’s River stands out as something spectacularly special. It transcends the normal cop show format to present a detailed and unique perspective on mental illness.

Over six stunning episodes, Abi Morgan weaves a subtle and intelligent message about the constraints and help that River faces because of his mental health issues while at the same time creating a fast paced hunt for the people who killed River’s former colleague and manifest companion, Stevie. Morgan presents herself with a difficult task but excels at it. Her skill and intellect as a writer is crystal clear; scenes such as at the end of episode two when River breaks down while asking the manifest of Stevie why she didn’t tell him the full truth is a heart-breaking moment of drama. The combination of Stellan Skarsgard’s dynamic acting skill with Morgan’s electrifying script makes the scene and the whole series a delight to behold.

Both Stellan Skarsgard and Nicola Walker are incredibly impressive throughout the series, Skarsgard in particular. He concocts the image of a troubled yet brilliant man who wants to try to “act normal” but cannot as that would mean he would give up something so integral to himself; his ability to be a detective and seek the truth. This internal battle is displayed particularly well by Skarsgard in his eyes; they always shift about when he sees a manifest, this indicates what is real and what isn’t.

The DVD also contains some interesting behind the scenes pieces such as how the production team merged what was real and what River perceived into one, as well as a more general view behind the scenes.

In conclusion, I would highly recommend that you buy River on DVD. River is a spine-tingling sensation of a series that mixes the art of detection with the subject of mentality and how we all perceive the world.

You can purchase River here. With thanks to Noble PR.