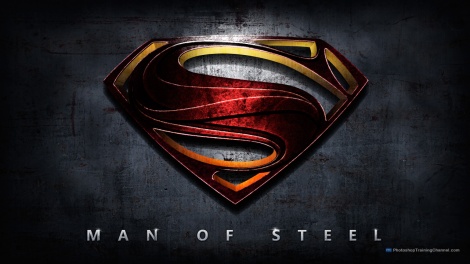 By Will Barber –  Taylor

In the pantheon of superheroes, Superman is the most recognized and revered character of all time. Clark Kent/Kal-El (Henry Cavill) is a young twenty something journalist who feels alienated by powers beyond anyone’s imagination. Transported to Earth years ago from Krypton, an advanced alien planet, Clark struggles with the ultimate question – why am I here? Shaped by the values of his adoptive parents Martha (Diane Lane) and Jonathan Kent (Kevin Costner), Clark soon discovers that having super abilities means making very difficult decisions. But when the world needs stability the most, it comes under attack. Will his abilities be used to maintain peace or ultimately used to divide and conquer? Clark must become the hero known as “Superman,” not only to shine as the world’s last beacon of hope but to protect the ones he loves.

I am not a Superman fan. I want this to be clear before we go into the review. The most I have ever seen The Man Of Tomorrow on his own is in the 1980 Superman movie starring Christopher Reeve as Superman and Terrence Stamp as Zod. I won’t say I loved the film but it was enjoyable enough. However, Man of Steel completely changed that. The movie has made me definitely want to see next years planned sequel to the film. And I shall tell you why.

The movie begins with the birth of Kal El on the dying world of Krypton. Kal’s father, Jor El (Russell Crowe) knows Krypton is dying and pleads with the high council to try and save the Kyrptionian race by sending all the unborn Kryptonian (Kryptons have children via artificial means, with the exception of Kal the first naturally born child on Krypton in centuries) to the stars so that they can build a new world somewhere else. However, he is interrupted by General Zod (Michael Shannon). Zod disagrees with Jor El and believes they cannot send all Kryptonians into the stars but rather purge it and only allow the unborn children of people Zod approves of to live. After escaping Zod’s guards we see Jor El fly through the wonderfully CGIed planet of Krypton. Though CGI is pretty much overused these days to some extent, the CGIed Krypton is still pretty wonderful to see. After some more battling, we finally see Kal flying into the stars and Zod being sent to a version of The Phantom Zone. However, next thing we know we are suddenly on a deep sea trawler. Wait, what?

One of the main complaints with Man of Steel is the jumpy editing. One moment we are with adult Clark, next with young Clark. Narratively the whole thing may be a bit alien to normal sc-fi movie goers but this sort of thing is used in literary novels all the time such as The Time Traveller’s Wife and The Meaning of Night. It shows off deeper changes in characterisation and how things that have happened in the present are being affected by what has happened previously. Stylistically it is a bold move though maybe not an odd one coming from the guy who directed Watchmen.

After lots of soul searching on Clark’s behalf we finally get the introduction of Lois Lane and the events that will eventually lead to that infamous climactic scene.

After entering the Fortress of Solitude, Clark begins to understand the controls and flies it off into the sky after dropping a bemused Lois off.  Clark saved her after being attacked by a Kryptonian maintence  droid. Lois then goes on a search to discover more about the mysterious man she saw, eventually leading her to meet Martha Kent. After once again meeting Clark, he tells her the story of how his father (Jonathan, not Jor – El) died in a hurricane. The scene is wonderfully executed and explains that Clark has not revealed himself to the world yet because he is afraid that it would be not what his adoptive father wanted him to do. However, Clark’s hand is soon forced by the arrival of General Zod (Michael Shannon) who has escaped from the phantom zone. After a chilling scene in which Zod announces to the world that they are “not alone” Clark decides to act.

From this point on, the pace picks up dramatically with Zod invading Earth and hoping to change it into the new Krypton and things go from bad to worse as Zod takes the Fortress of Solitude and pilots it towards Metropolis. After lots of actions scenes (perhaps too many at some points) we reach the most controversial part of the film – the death of Zod. This scene, for many fans, strikes at the very core of what Superman is, a true hero who shouldn’t ever kill. While those sentiments go true with comics of the past they aren’t exactly in tune with previous comic book movie films and even what has happened earlier on in this flick.

In Iron Man Tony Stark accidently causes the death of his arch rival. In Batman Begins Batman also doesn’t save Rash Al Gual from the train and ends with his death. If you notice both of those films are origin movies. Though in this flick Superman has already destroyed any chance for bringing back the Kryptonian race so the death of Zod seems almost inevitable, for if Superman is prepared to kill the only chance of a revival of his race then why not tie up the loose ends? Many critics have also criticised the scene because they believe that the family who Zod is about to kill with his death beams would be able to run away or duck. I’d like to see many of these middle aged critics be able to duck out of the way of a death beam projected by an insane alien while stuck in a corner.

The film ends on a subtle note with Clark adopting his infamous glasses and joining the Daily Planet as a journalist implying more is to come from this franchise.

Man of Steel is a fantastic superhero movie. The acting is great, particularly from Cavill, the directing is superb for the most part (though the shaky camera affect does get annoying at some points) and the whole movie works well as a reboot of the DC Cinematic Universe. Man of Steel is probably the best film of this year so far and is a must for any comic book/ movie fans.

2 responses to “‘Man of Steel’ Review”