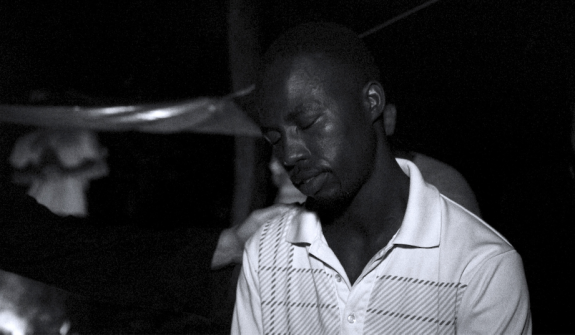 The detention in Australia of migrants since 2013 on Manus island has been a story that many people will be unfamiliar with. Kept in conditions decried by human rights lawyers, medical authorities and the UN, the Australian government’s brutal immigration policy has shocked those who know about it and invited complacency to those who don’t.

Immigration and refugees are two of the most intensely disputed subjects of the modern world – who we let into our countries, who we treat as refugees and who we consider economic migrants has divided opinion throughout the globe.

Angus McDonald’s emotionally charged documentary on the Manus detention centres is one of the most profound and engaging pieces of film journalism you are likely to see this year. McDonald perfectly understands that to get people to care about the detainees he must let them speak and not attempt to create some sort of narrative. The film provides the stripped back accounts of the men kept in the camp allowing the conditions they exist in to speak for themselves.

Manus is a stunningly frank piece of work and it does what any good piece of journalism should – it makes you think. Regardless of whether you support Australia’s immigration policy, as many people do, or whether you are opposed to it, the uncompromising way McDonald presents this will likely leave you with questions about how such conditions can exist in a modern country like Australia. No person is an island and we must all remember that there is more that we can do and if this astonishing film does anything, it should prompt us all to act.

One response to “Manus Review”