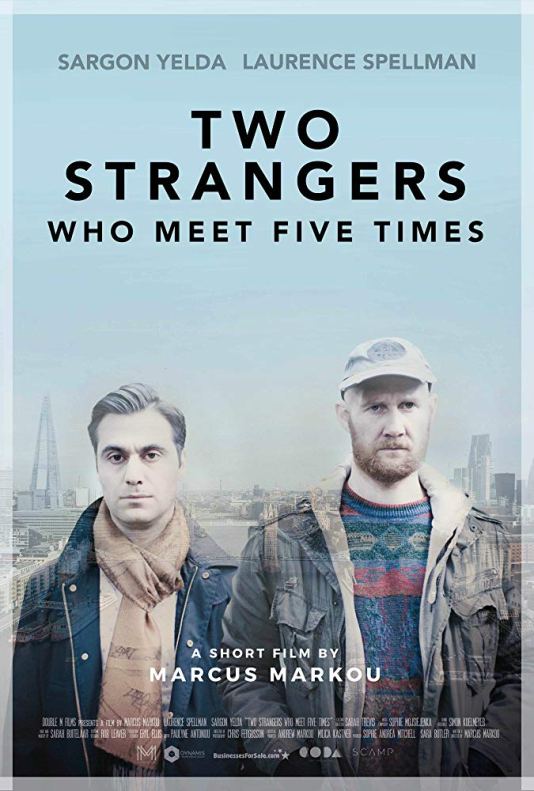 Race and the things that divide us is the subject of this visionary film from Marcus Markou. In times when divisions are seemingly more and more apparent in our politics, it is refreshing to watch a film that deals with these problems in an unconventional but imaginative way.

Set over the course of several decades, Two Strangers Who Meet Five Times sees two strangers (Laurence Spellman and Sargon Yelda) who have radically different views of life meet and slowly begin to understand one another. As the film demonstrates, it is only when the two become older that they finally realise that what divides them is much less than what unites them. Markou’s fascinating insight into life and the bitter conflict that exists between people because of issues like race is wonderfully done. Markou understands that often racism can be not just the product of hatred but also of the failure of society to look after its citizens; to fail to understand why people hate. Through Two Strangers, Markou delivers this message eloquently and with passion.

Two Strangers Who Meet Five Times is an extraordinary film that I would highly recommend. The acting, cinematography and direction are all excellent, but it is the writing that truly makes the film interesting and different. It is a story that is not often told and one that should be. Markou makes this film an enduring classic by ensuring that it shows us that what defines us is not race or hatred but the pain that we all go through in life and the difficulties we have to overcome to live it.