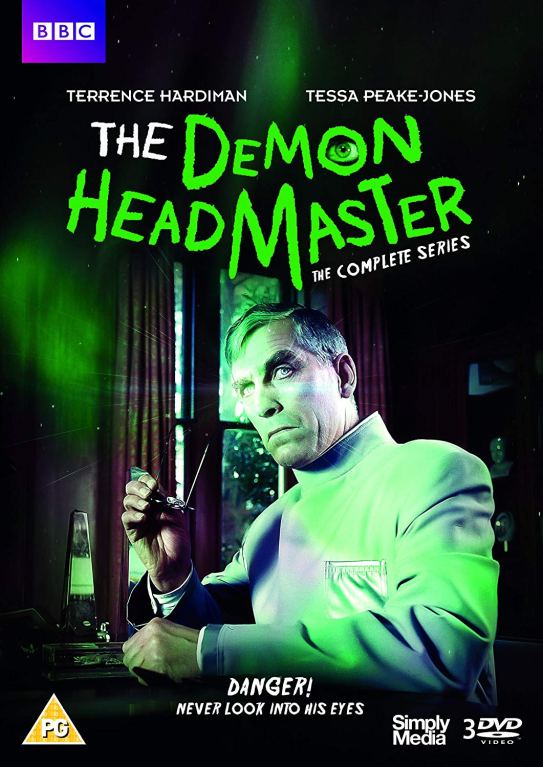 All 19 episodes across three series of the beloved CBBC children’s TV series first broadcast from 1996-1998. Based on the books by Gillian Cross and directed by Grange Hill’s Roger Singleton-Turner.

Terrence Hardiman (Doctor Who) stars as megalomaniac The Demon Headmaster. It’s good versus evil at St Champion’s school as he plans to use otherworldly hypnotic powers to take over the world!

However, he does not count on the resistance of his unruly pupils, who together form SPLAT (The Society for the Protection of our Lives Against Them), a taskforce training to resist hypnotic powers. But they will have to act fast because once the Demon Headmaster has the pupils under his power his next target is Downing Street.

As term progresses SPLAT realise their adversary is a wily and dangerous enemy. Who will come out on top? The future of St Champions School and the universe is at stake!

The Demon Headmaster is a fascinating and darkly comic children’s series that is rightly considered a classic by watchers of children’s television. It stands out as unique not simply because of its titular character but also because, for a series that you’d think would centre on teaching and truancy, there is so much more. The Demon Headmaster is a series brimming to its core with delicious villainy and a plot so dastardly that it will make your hair stand on end. The Demon Master’s schemes to take over the world are deftly interwoven with the everyday struggles of Dinah, his brothers Lloyd and Harvey and the rest of SPLAT to try and turn their school back to normal. All three series build on The Demon Headmaster’s menace, with The Headmaster’s final appear representing a climax for the series that is as enjoyable as it is satisfying.

Terrence Hardiman’s performance as the titular Headmaster is excellent. Hardiman oozes pure devilishness and gives of an irresistibly malevolent aura that ensures that audiences, young and old are in awe of him. Hardiman’s magnetic eyes and attractive manner allow him to charm and terrify at the same time, making the series what it is.

The Demon Headmaster is an exciting and fascinating science fiction horror that allows its viewers to be transported back to a golden age of children’s television when we used to huddle around a small TV screen and be riveted by the most frightening teacher in history.

You can purchase The Demon Headmaster from Amazon here and from Simply Media here.