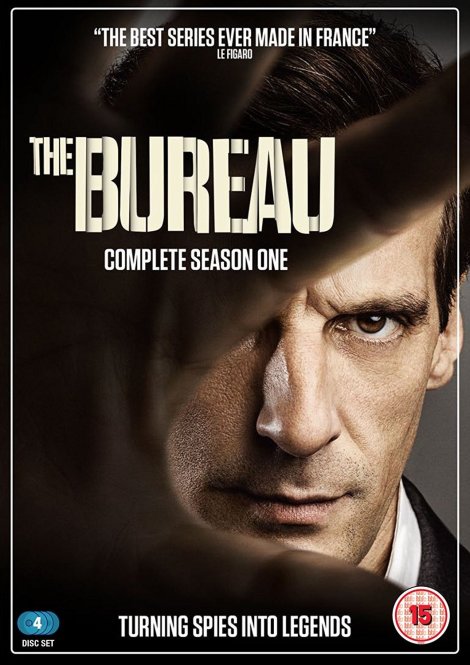 Upon the return of one of the DSE’s top agents, Guillaume Debailly aka Malotru (Mathieu Kassovitz) after a six year undercover mission in Syria, the department gets hit with a major crisis: An undercover agent goes missing in Algeria.

Additionally, The Bureau must also maintain a close eye on new recruit, Marina (Sara Giraudea), who needs to complete a full test of her abilities before infiltrating Iranian nuclear activity. The many lives Malotru has led as an undercover agent are now beginning to haunt him. When he discovers Nadia (Zineb Triki), the love of his life is in Paris he breaks The Bureau’s number one rule and secretly continues to live by his previous identity to reunite with her.

For love, Malotru is willing to risk it all – not only for himself, but the entire Bureau.

Across ten thrilling episodes, The Bureau invites us into a world of deception, debauchery and mystery. Focussing on secret agent Guillaume Debailly, known as Malotru, The Bureau presents a Bond- eques tale with a twist. Set in one of the world’s most romantic and provocative cities, The Bureau balances sizzling sensuality with hard hitting drama. The Bureau is a contrast to previous releases by Nordic Noir because it is slightly less realistic and gritty – it plays on more of the conventions of the spy genre rather than the hard hitting detective drama. This does not put the drama at a disadvantage – far from it; The Bureau’s stylised and ambient look enables it to hit hard when it needs to. It lulls the viewer into a sense of self certainty- before attacking their senses with a dramatic twist.

The acting is superb with Mathieu Kassovitz giving an award winning performance as Malotru. Like other great spy characters he is both charismatic and deceptive and walks the thin line between hero and antihero. His relationship with Nadia (played equally skilfully by Zineb Triki) is one of the highlights of the series – they know that their lives could be in danger simply from meeting but their desire for one another is overriding.

Overall, The Bureau is a fantastic piece of genre television – slick, sophisticated and sumptuous. It can charm you one minute and scare you the next – a must see.