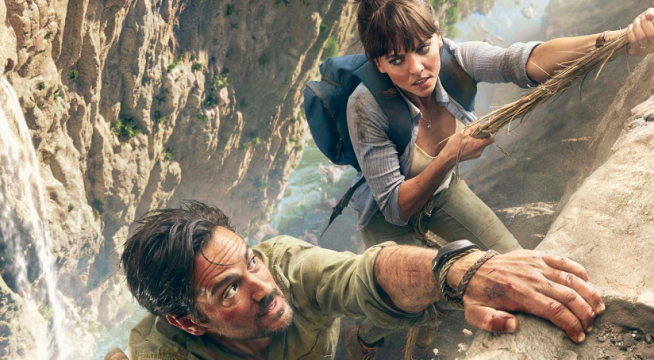 In the first episode, Hooten and Lady Alex get acquainted whilst Alex is attempting to find the campsite of a lost Victorian explorer. Episode One sets up the trend for the series; it is one of action adventure comedy that draws on the likes of Indiana Jones but never copies it. The first episode features great cinematography and some excellent script work from Jordan who provides some brilliantly funny lines.

The second episode sees the action move to Rome, where Alex and Hooten are sent on a quest to find the Cyberline, the ancient book of the last King of Rome once used to tell the future. Keeping with the trend of the series, the second episode is an action packed romp taking in some of the glories of Italian life as well as showing off its dark side. The episode also delves more into the backstory of both Hooten and Alex with a guest appearance of Jane Seymour as Alex’s mother.

Brand new action adventure series, Hooten & The Lady, is available from Friday 16 September at 9pm on Sky 1. An in-depth review of the first episode will be available shortly after.