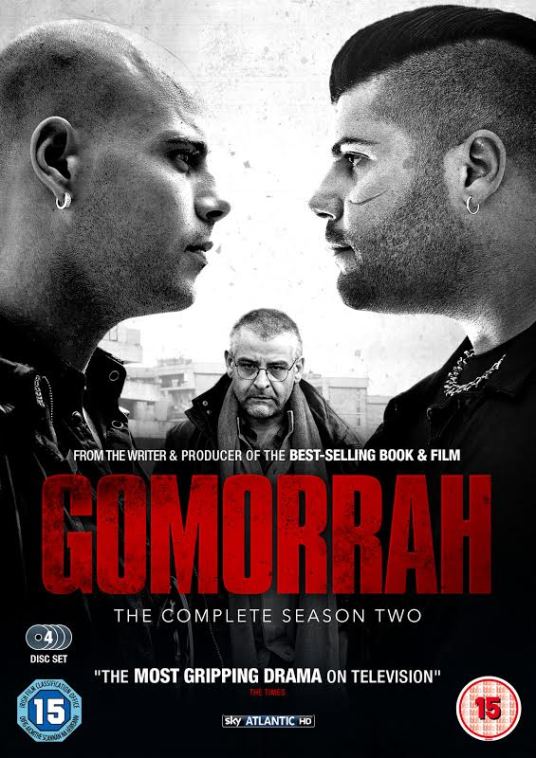 The era of Savastano clan, who once undisputedly reigned over north Naples, seems to be coming to an end. What lies ahead now is the largest ever power vacuum in the history of the “Camorra” – a coalition of crime families in and around the urban backstreets of Naples.

The king, Don Pietro Savastano (Fortunato Cerlino), has abdicated, only to be replaced by his son Genny Savastano (Salvatore Esposito) – at least momentarily. Although they still have loyal soldiers, the Savastanos see themselves opposed by their once loyal right handed man Ciro “the Immortal” Di Marzio (Marco D’Amore), who is not the only one working on ending their bloody reign.

The sinister drug baron, Conte, is back in town building alliances and there are two new contenders for the throne of North Naples. The only certainty about the future is that nothing is certain.

Gomorrah is based on the international bestselling book by Robert Saviano who exposed the Camorra mafia syndicate based in and around Naples and has been living under police protection for the past eight years.

Many previous reviews of Gomorrah have praised the series for its realism, addictiveness and its excellent writing. I must utterly concur with them as Gomorrah is a series that redefines the modern crime thriller genre in a way no show has since Breaking Bad. It is a series of fascinating contradictions and exquisite detail.

The central conflict between the opponents of the Savastanos clan, led by Ciro Di Marzio (played exquisitely by Marco D’Amore) and the former head of the Savastanos clan Don Pietro Savantano (Fortunato Cerlino of Hannibal) is one of Biblical undertones. Di Marzio was Savantano’s prodigy and as such his deception throughout Season One leading to the climatic cliff-hanger leaves ripe nuances for this second season. For a great deal of this series, Savantano and Di Marzio do not meet but the undertone of the prodigal defeating the master help create fantastic drama. Nowhere is this better illustrated than in the scene in which Savantano learns from his errant son Genny (Salvatore Esposito) that he has made concessions to Ciro. The look of anger upon Savantano’s face upon realising he has been out manoeuvred is a work of pure genius by actor Fortunato Cerlino and the director. By keeping the theme central to most of the episodes, the team behind Gomorrah make for a universal but also specific tale of revenge, sacrifice and destruction.

The writing throughout the series is also excellent. Leonardo Fasoli brings the seedy world of Roberto Saviano’s book fully to life. The inert and dark details are expertly demonstrated by his pen, as is the characterisation of Cirlo. He is a man driven by a desire for power but also wishes to keep his family together and his twist way of doing it is one of the cornerstone of the series dramatic panache.

Gomorrah is a series that can be enjoyed by aficionados of the mafia genre of TV but also those who aren’t Soprano fans too. This is, ultimately, because it is darn good television with its root in the dark recesses of the way that humans exploit each other.