A three-part special of Scott & Bailey, featuring a single crime, comes to ITV in April.
Produced by award winning independent producers Red Production Company, the three-part format allows this series to unfold with scale and ambition as Scott & Bailey tackle one of the biggest and darkest cases they have ever had to face.
Suranne Jones and Lesley Sharp return to the roles of super cool Janet Scott and her hotheaded partner Rachel Bailey; the crime-fighting partnership forged over four previous series following the drama’s successful critical and ratings launch on ITV in 2011.
With D.C.I. Gill Murray in retirement, ever-ambitious Rachel (Suranne Jones) returns from her Vice secondment fired up and full of new ideas and initiatives. She’s gained valuable experience and really wants to make her mark as she returns to Syndicate 9’s Murder Squad.
Exhilarated to step up to the plate, Rachel is exactly who Janet (Lesley Sharp) and the Squad need to move forward with a terrifying and sinister Internet crime investigation of epic scale and unrelenting horror.
Using her Vice authorisation, Rachel accesses a disturbing world where people brag about committing murder and lay down the gauntlet for the next victim.  A game of ruthless life or death daring develops, as Scott & Bailey investigate multiple killers with horrifying and everlasting consequences. They will be changed forever and the investigation will take a devastating toll on their professional lives.
The special has been executive produced by Nicola Shindler (Happy Valley, Ordinary Lies, Last Tango in Halifax) founder of the Red Production Company and Suranne Jones, who conceived the idea for the drama with fellow actress Sally Lindsay who returns to the drama playing Rachel’s sister Alison.
The first episode airs on Wednesday, the 13th of April from 9:00pm to 10:00pm on ITV. More promotional pictures and the episode synopsis below:
Returning to Syndicate 9 after a year with Vice, Rachel (Suranne Jones) needs some time to rekindle her neglected friendship with Janet (Lesley Sharp), but the shocking murder of Michael Edgerton forces her to hit the ground running as she steps up to Acting DI under the watchful eye of Julie Dodson (Pippa Haywood). When a teenage boy sees a clip of Michael’s murder on the darknet, it’s clear that Syndicate 9 are dealing with something much bigger and more sinister than a single, indiscriminate murder. A sick game is being played and Syndicate 9 need to find the next potential victim before the killer does.
Glad of Rachel’s return, Janet couldn’t have known how much she was going to need her friend. When Taisie (Harriet Waters) is arrested, setting off an inconceivable chain of events, Janet is thrown into turmoil and Rachel’s wisdom and experience are exactly what she needs to steer her through the crisis. 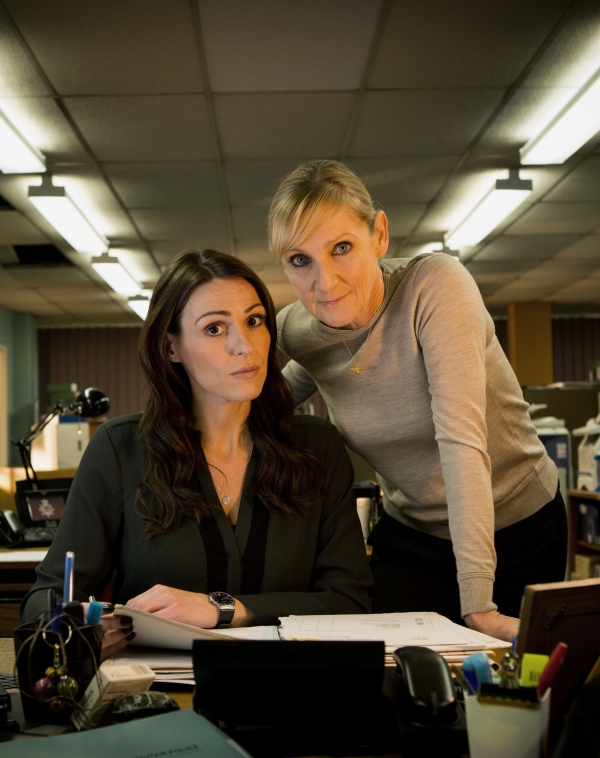 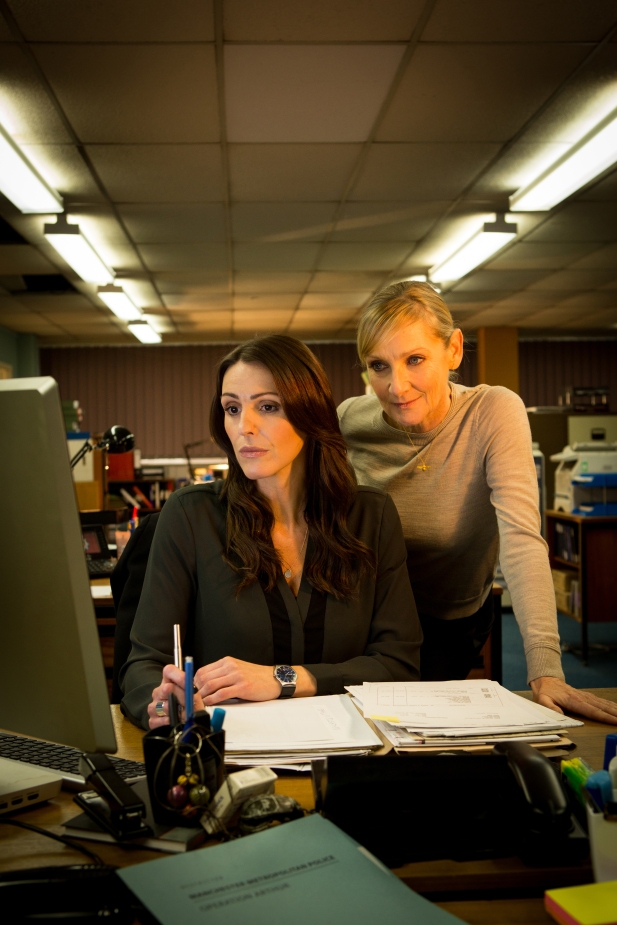 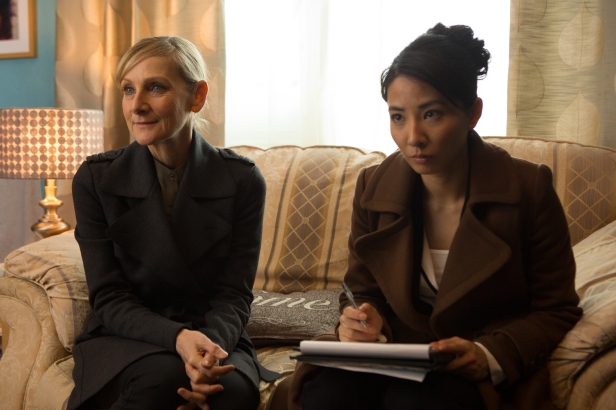 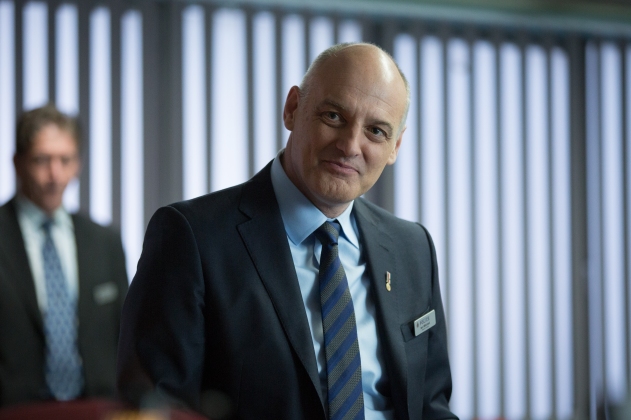 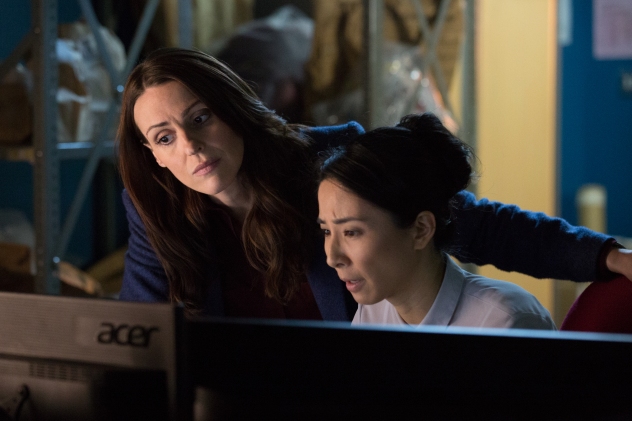 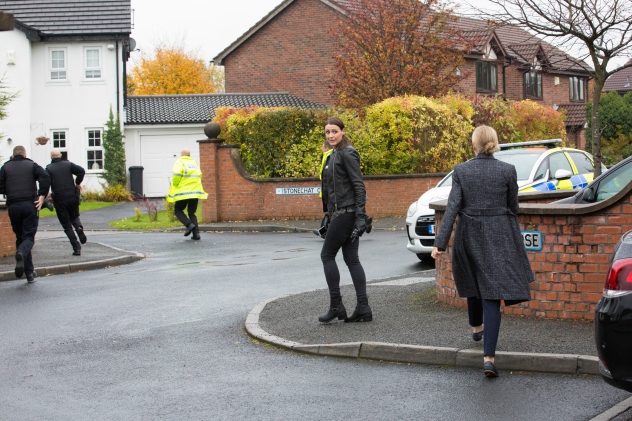 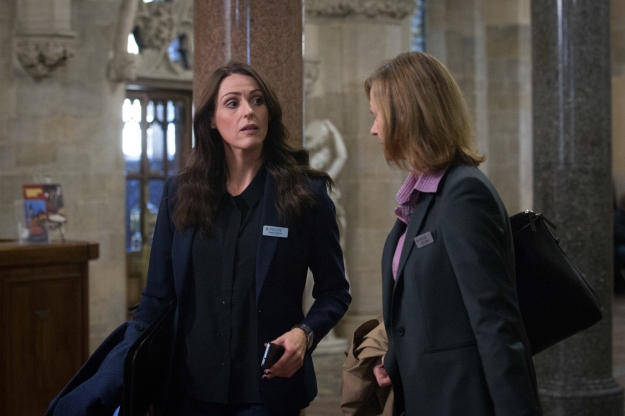