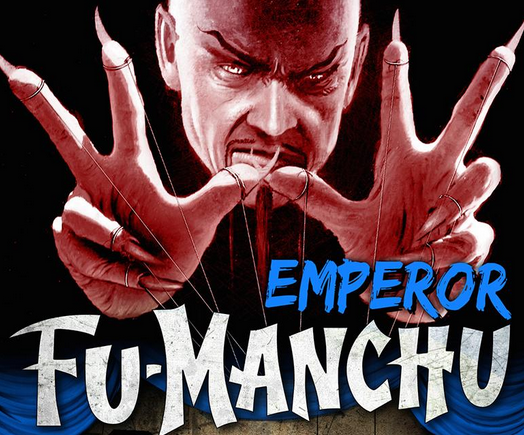 In remote northern China, the dead walk again. American agent Tony McKay finds himself face to face with these “cold men”, zombies who exist to do the bidding of the Devil Doctor, Fu Manchu. It falls to McKay and Nayland Smith to defeat their eternal foe and to destroy a biological warfare facility the Russians have hidden deep in the Chinese jungle.

Fu Manchu is an iconic figure in pop fiction. He’s existed for over a hundred years, his evil empire stretching across Asia and threatening the West. His is also a figure of controversy; seen as a racist caricature of the “evil China man” created by the “threat” felt by some people at the amount of Chinese migrants in London, particularly in the Lime House region.

The plot of the novel follows Sir Denis Nayland Smith and Captain Tony McKay in their quest to find Fu Manchu’s secret lair and the source of Manchu’s Cold Men. While it is a basic plot, Sam Rohmer (the nom de plume of Birmingham civil servant Arthur Henry Ward) sustains interest throughout the book by constantly shifting the action and creating a sense of urgency with the situation of our main characters in constant threat. While the pace is swift, the writing style of the time won’t immediately engage all readers particularly towards the middle of the books where the action slows down slightly for some exposition.

While Fu Manchu may have in his original stories been a two dimensional figure of racial propaganda, by the beginning of the Cold War Rohmer made Fu Manchu more of three dimensional villain who was less a “Yellow Peril” and more of an intelligent super criminal. Fu Manchu is devious and deadly adversary who creates an enthralling plan to defeat out heroes. Instead of being the run of the mill villain, Fu Manchu uses a scientific brain mixed with a deep loathing of Communism and a wish to take over China to create a fascinating and intriguing character.

Emperor Fu Manchu isn’t the most modern book; the rather un pc language of the time can be jarring and may make some readers uncomfortable but the book has to be viewed in the context of its time – it isn’t a racist piece of propaganda but a story that is, in some ways, far too steeped in its own time. However, the writing of Fu Manchu himself is fascinating and he comes across as an intelligent and deadly villain. For those interested in the writing styles of the past or in a historical action adventure novel I’d recommend it.

With thanks to Titan Books