The BBC have today released promotional pictures for the fourth episode in the second series of Inside No.9. Starring and written by Reece Shearsmith and Steve Pemberton the series has gained a large following and have been highly acclaimed by audiences and reviewers alike. Below are promotional pictures and the synopsis for episode four which airs on BBC 2 on Thursday 16th from 10:00pm to 10:30pm.

A second season of dark comedies by Steve Pemberton and Reece Shearsmith. It’s Andy’s first day as a volunteer at the Comfort Support Line call centre, which offers the lonely and desperate a chance to talk about their problems. All the CSL counsellors have their own ways of dealing with clients, coping with the emotional stress, and killing time between phone calls. But is Andy really prepared for what’s to come? With Steve Pemberton, Jane Horrocks, Reece Shearsmith, Nikki Amuka-Bird, and Tony Way. 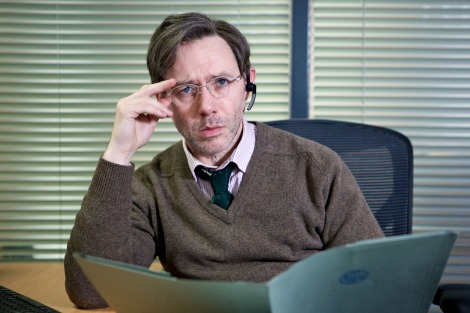 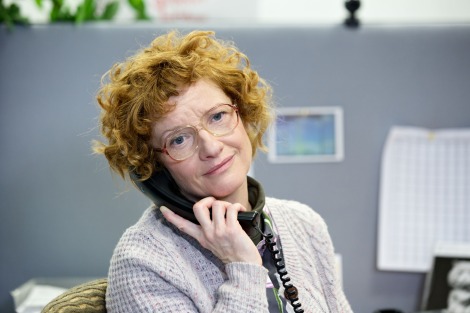 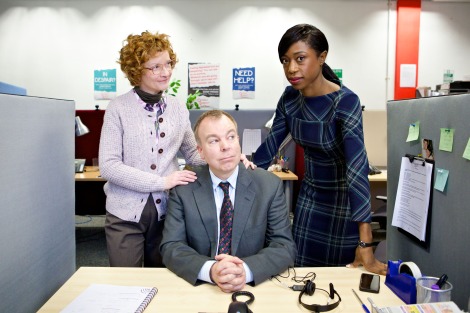 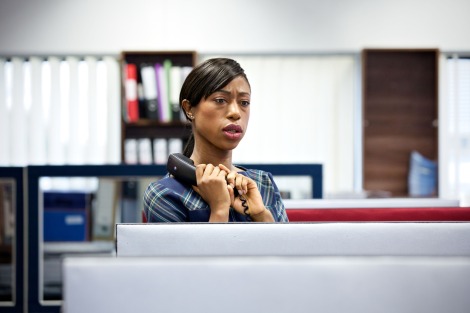