Promotional pictures for the first four episodes of the second series of The Fall have been released. The promotional pictures show the continuing battle between Paul Spector and Detective Superintendent Stella Gibson. Episode One airs tonight with Episode Two airing on the 20th of November. Episode One’s synopsis is below.

It has been ten days since Paul Spector told DSI Stella Gibson that she would never catch him.

As Gibson tries in vain to help Spector’s surviving victim remember the identity of her attacker, Spector is forced to deal with the loose ends that he left behind in Belfast. His return to the city to discover that someone from his past has been helping police with their enquiries, forcing Spector to change his plans – with terrifying consequences.

Episode Two’s synopsis is below:

As Paul Spector (Jamie Dornan) drives Rose Stagg (Valene Kane) away from her home in the middle of the night, her worst fears are realised when Spector tells her that he knows she went to the police.

With Rose missing, the pressure being brought to bear on the police investigation increases. Gibson (Gillian Anderson) is forced to face the fact that her words have tipped Spector off about Rose, making her even more desperate to save Rose and catch the killer. 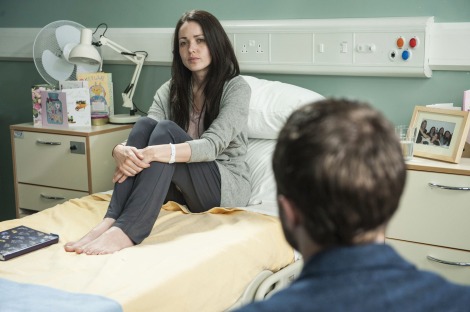