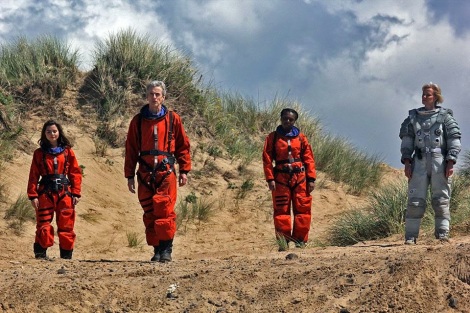 The BBC have released the synopsis for episode seven of Series Eight, Kill The Moon. Starring Peter Capaldi and Jenna Coleman the episode is broadcast on the 4th of October. Synopsis below:

In the near future, the Doctor and Clara find themselves on a space shuttle making a suicide mission to the Moon. Crash-landing on the lunar surface, they find a mining base full of corpses, vicious spider-like creatures poised to attack, and a terrible dilemma. When Clara turns to the Doctor for help, she gets the shock of her life.
With thanks to BBC Media