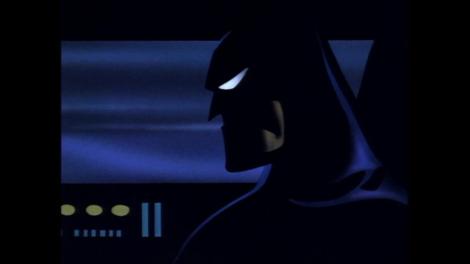 Batman is 75 years old this year. To celebrate I shall be posting a Bat Cave full of reviews and articles dedicated to The Dark Knight. The sixth in the series is a review of the 1993 animated feature, Batman: Mask of the Phantasm. The film contrasts greatly with the vision Joel Schumacher gave to the franchise and instead goes more towards the Tim Burton approach. The film also introduces the character of The Phantasm to the Batman myths a character that would go on to appear many more times in the Batman universe.

Batman (Kevin Conroy), the caped crusader who prowls the night skies in Gotham City, soon finds there’s another vigilante in town knocking off prominent mob figures. The police and outraged officials mistake the homicidal crusader for Batman himself and demand that the city’s long time hero be brought to justice.

Meanwhile, Andrea Beaumont (Dana Delaney) returns to town. She is the lost love of Bruce Wayne, the billionaire playboy who is Batman and was an integral part of Wayne’s decision ten years earlier to become The Dark Knight. Now, she is back in his life and is no less a disruption than the return of his old archenemy, The Joker (Mark Hamill), who has a stake in seeing the annihilation of this new vigilante, whoever it proves to be.

After Batman Returns was released, the success of the film resulted in a Batman animated series. The show was called Batman: The Animated Series, it kept the same flavour as the Tim Burton movies but added to them and created its own rhythm and world. The series would become so popular that it would in turn spawn a spin off movie Batman: Mask of the Phantasm. It would be the only theatrical release of an animated Batman movie.

The film begins with a mobster getting into his car before suddenly being struck by a claw. When the mobster is driving off the phantom creature appears to chase him sending the mobster into a panic. The phantom drives the car off a multi storey car park into the building opposite resulting in his death. Batman arrives and is thought to have committed the crime.

The masterful beginning sets the ground work for the rest of the film and creates a great atmosphere which resonates throughout the picture.  The gothic look of the Phantasm adds to the Victorian gothic horror theme that both Batman and the maniacal Joker are prime examples of. Following on from Burton’s Gotham, the Gotham of the film is stylised and again gothic looking which fits with the world the film creates.

Additionally, the plot feels like a book written by Victor Hugo or Edgar Allan Poe with Batman discovering that the horror that stalks modern Gotham is linked to his past and the reason he began his quest to end crime. The Clown Prince of Crime also feels like a throwback to this earlier age of horror writing with his evil laugh and demeanour summing up images of fallen angels.

Kevin Conroy is excellent in his role as The Dark Knight and he vocally brings great gravitas to the role. When he is Bruce Wayne, Conroy manages to show us what Wayne is like when he is pretending to be the careless playboy façade he has created but also what the real Bruce Wayne is like and how he was shaped by his parents death.

Mark Hamill also gives a brilliant turn as the crazed Joker, a man bent on chaos and disaster at any cost. He truly makes you believe that the character is completely insane and devoid of both conscience and reason.

All in all, Batman Mask of the Phantasm is a fantastic film which creates both great tension and a fantastic story that keeps you hooked until the end but still leaves you satisfied with its conclusion.