Acclaimed BBC One murder-mystery series, Shetland, returns for a new series of three, two-part stories with Douglas Henshall joined by an array of guest stars.

Made by ITV Studios through BBC Scotland and based on the novels by Ann Cleeves, the second series of Shetland focuses on three stories – Raven Black, Dead Water and Blue Lightning – told as three two-part episodes.

In the first tale – adapted from Cleeves’ Raven Black novel and guest starring Brian Cox – old wounds are painfully reopened as DI Jimmy Perez and his team look into a past crime to solve the present-day murder of a young teenage girl.

The second two-parter (episodes 3 and 4 – Dead Water) guest stars Alex Norton, Nina Sosanya and David Hayman. When a journalist is killed in an apparent road accident, suspicions arise and it looks as though opposition to a gas pipeline might be in some way connected. And when another brutal murder shocks the island, secrets and lies unravel. 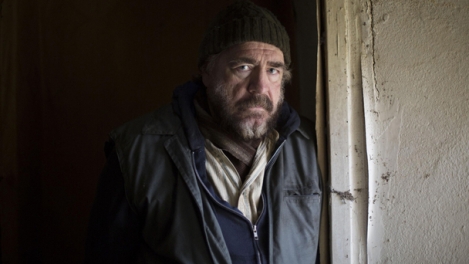 And the concluding two-part story (guest starring Bill Paterson and John Lynch) sees Perez return to his childhood home after the murder of a scientist on the beautiful island of Fair Isle. Tensions run high as a storm on the mainland forces Perez to work in isolation, compelling all of the suspects to remain together under one roof.

Elaine Collins, Executive Producer, ITV Studios is delighted to see Shetland return for a new series: “Doing a second series has given us the opportunity to build on the pilot episodes and to explore the characters and islands in more depth.

“The sense of place is important to us in the show and we’ve focused even more on the uniqueness and isolation of Shetland, including travelling to Fair Isle to film – an island with a population of only around 65 people.

“This series, we are joined by very well-known and highly regarded British actors, but I think the calibre of the acting across the whole six hours is outstanding.

“It’s been great to attract key Scottish talent like Brian Cox, Bill Patterson, Julie Graham, Alex Norton and David Hayman, but the show is also an opportunity to find new talent, and to employ actors who aren’t famous but just happen to be brilliant at their jobs.”

Christopher Aird, Shetland Executive Producer and BBC Scotland’s Head of Drama, adds: “It has been terrifically exciting to develop the second series of Shetland.

“I think people will find the show darker and more atmospheric. The stories are very involving with a depth of characterisation audiences have come to expect from top-notch crime drama. Shetland is a beautiful place but it can also feel isolated and rather lonely. We were keen to use some of the more intense aspects of life in such a remote place to create suspense, tragedy and intrigue.

“Douglas Henshall is such a fantastic lead for Shetland along with the great supporting cast of Steven Robertson and Alison O’Donnell.”

Shetland is an ITV Studios production for BBC One through BBC Scotland.

Based on the books Raven Black, Blue Lightning and Dead Water by Ann Cleeves

Shetland is an ITV Studios production for BBC One through BBC Scotland.