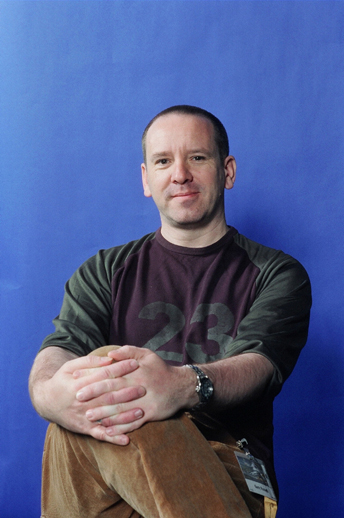 To celebrate the 50th anniversary of Doctor Who, I shall be conducting several interviews throughout the year with members of the Doctor Who team past and present. The second in the series is with Doctor Who writer, script editor, producer and all ground good egg, Gary Russell.

Hello Gary. You have written several different excellent Doctor Who books for different Doctors. Do you think your approach to writing them differs with each Doctor or is there one set formula that only needs tweaking from book to book?

I think you would be doing a massive disservice to the actors and production teams if you believed each one was that easily interchangeable. So no, each Doctor and each companion has be treated as indivduals. Similarly there are tropes and cliches for each Doctor’s era that I reckon should be stuck to. Yes, obviously the Doctor is the same person in essence but his outer shell if you like is always different. Its like if you go to a posh restaurant or McDonalds, you dress accordingly and behave differently. Doctors are the same – for them, what we say is a change of clothing for them is a change of body. Similarly, I don’t believe you would do a story like Ghost Light for the Hartnell Doctor any more than I’d expect to see Pertwee running around Rose’s council estate. The moment you think “oh I’ll write the Fourth Doctor‘s dialogue just like the Eleventh because that’ll make him sound modern or “relevant” you’ve killed that uniqueness each era possesses.

You have also written for the Doctor Who IDW comics. What do you think is the main difference between writing the books and the comics?

Two vastly different skill sets. Each medium you write in (and I don’t just mean concerning Doctor Who) is very different. It takes a great writer to be able to write TV, prose, audio, comics, theatre, short stories, poetry equally well. It takes a greater writer to be aware that there are limits, or at least things they are better at than others. It’s far easier to be mediocre at them, too. That’s me, mediocre at three or four of those, crap at the rest. To get back to your question, the main difference between books and comics is for comics the pacing, brevity and the ability to co-create is essential. Beyond that, I’m not sure what to say other than if you don’t read comics avidly, I’m not convinced you can write them. Same applies to prose, TV scripts, audio etc. Know your market. That said, I’ve been reading comics for forty years and IDW sacked me after 6 issues, so clearly there’s no guarantee that you do automatically absorb the necessary skills. 🙂

You made a cameo appearance in the James Bond film Octopussy.  What was it like working on the film?

Fun. It was just one day just outside Pinewood with a couple of mates, including Marek Anton who later was the Destroyer in Battlefield. Roger Moore was great fun. I know John Glen didn’t direct the scene, so I guess it was second unit. I met John a few times afterwards when interviewing him about the VTAK and the Dalton movies. Lovely man.

What was is it like being producer on the Big Finish audio series Gallifrey and Bernice Summerfield? Is it exciting?

It’s weird having gone back to Big Finish after 6 years away. Suddenly it was no longer my company and I was just a hired hand. I love Benny and wanted to play with her again, especially in her anniversary year and give her a boost in a new direction with new friends and tie up a couple of threads I set up ten years earlier. Gallifrey is still my favourite thing that I ever did at BF. I talked on and off to Jason Haigh-Ellery about continuing it and once Russell had done his Time Lord thing at the end of David Tennant‘s run, I knew we could do it. BF gave Scott and I a relatively free hand because they knew it was my “baby”. So I’m grateful to have had another couple of years on those two runs (with a couple of Iris Wildthyme plays to direct in between) but my time with Benny is over once again and Gallifrey’s story is done and dusted so that’s it for me and BF now. 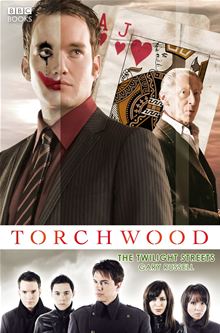 You have written the excellent The Art of The Lord of the Rings and Doctor Who: The Inside Story. What do you enjoy about writing factual books?

They are easier 🙂  Because I started off my professional career  as a writer doing articles rather than fiction (that came ten years later), it’s always my first love. Both have advantages and disadvantages but I enjoy the research and sense of building non-fiction up like a great jigsaw puzzle. I’m a desperately average fiction writer, whereas non-fiction enthuses me because I’m a bit anal and completest and want my non-fiction books to be as accurate as humanly possible. I loathe non-fiction “cash-in” books. Books last forever – so if you are lucky enough to do a reference work, always remember people will use it for referring to so as a writer you have an obligation to be accurate. Over 50 years of Doctor Who non-fiction there’s far more shit masquerading as fact than I’m comfortable with. I blame the likes of Andrew Pixley and Marcus Hearn for making me determined to be as accurate and responsible as possible – they are the yardsticks by which I judge my own work.

You directed the 2007 animated story The Infinite Quest. What was it like directing the story? Was it different at all from your work as producer on the Big Finish audios?

It was an extension of it really – I treated both IQ and Dreamland like audio dramas. I utterly loved doing both of them, and the adventure games. I love directing good voice actors and it was such a joy to watch the animations/games come to life once the voice work had been done (in all cases the basic voice work was done first – although in the games we went back and did more once we saw how the games were evolving and where the players would need more help. The other great thing about doing the games and Dreamland was that I got to work with Phil Ford and he’s one of my favourite writers and best mates.

You were Script Editor for David Tennant’s final story, The End of Time. What was the atmosphere like when you were doing that story? Did it feel like the end of an era?

Oh yes but happily so. It was so sad because Russell, Julie and David were all going en masse but as a fan and as a pro it was simply such an honour to be a part and parcel of those last three eps – four if you include Dreamland – and with Waters of Mars and End of Time I couldn’t have asked for better stories to get my only Doctor Who telly credit on.

You have also worked on Wizards Vs Aliens. Is it a very different from Doctor Who from a Script Editor’s point of view?

I helped set up WvA – did the first nine months work on it and it was so exciting to do a Russell/Phil project that wasn’t part of the Whoniverse but with all the same guys who’d made Sarah Jane the phenomenal success. But I also realized that I was in danger of getting bored – I’d been a script editor at BBC Wales for 6 years nearly and everyone who’d joined the department after me had been promoted, and it was clear that I lacked that…career-mindedness that you need to move on and up at the BBC. I could still be there now, still doing the same job, now and when I realized that, I knew it was time to get out. So I left WvA just before it went into full-on production so that lovely Derek, who took over from me, would be able to put his stamp on it rather as I had with Sarah Jane. It also meant I could watch it on telly with a totally fresh perspective and I think it’s brilliant and deserves to run as long as SJA if not longer

No, I love talking bollocks as you can always see, but I hate watching it afterwards. I just think “oh be more articulate, stop waffling, stop waving your hands around, stop sounding like Kenneth Williams”. Its flattering to be asked but I have turned down far more than I’ve said yes to because there’s nothing worse than putting on a DVD and going “oh god, it’s him or her again, they were so desperate they had to get Gary Russell in. Presumably Rob Shearman said no this week…” So I tend to only say yes if its a subject I think I can genuinely contribute something useful to. So that’s a fairly short list… 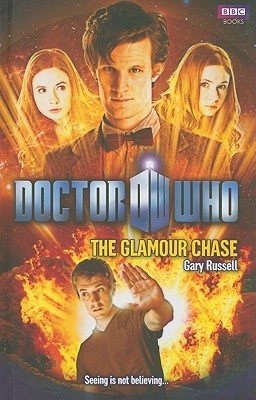 Can you tell us anything about your involvement with Doctor Who in its 50th year?

Other than having Beautiful Chaos reprinted and the Encyclopedia iPad updated periodically with the new season, my contribution to the anniversary is utterly zero. I think BBC Books and the others are equally bored as their customers of seeing my name on stuff 🙂 Besides it’s my 50th anniversary too, so maybe someone somewhere is telling me its time to move on from the show!!

What other projects are you working on at the moment?

Seeing my last Big Finish products through post-production and keeping an eye on dates for updating the Encyclopedia. Other than that, for the first time since before I started editing DWM in 1991, I am utterly unemployed. So it’s all Judge Judy, Neighbours and a lot of DIY around the house for me. A rest at last. 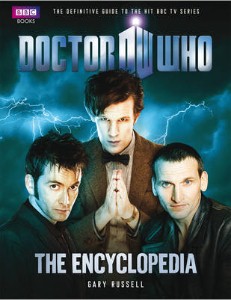 With thanks to Gary Russell.