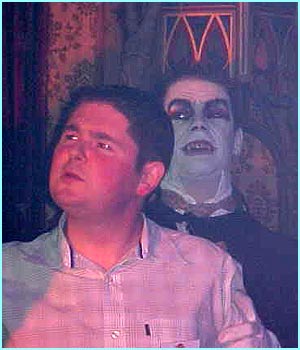 Hello Darren. Your first book was Cirque du Freak published in 2000. Did you expect it to take off as it did or was it a surprise?

I was hopeful that it would do well when I wrote it, but then 20 different publishers all rejected it, so I started to wonder if I was wrong! When HarperCollins finally bought it, they didn’t pay a huge amount for it, and it took them more than 2 years to publish it, so my expectations were not super-high. But then, in the run-up to publication, things began to change – in-house staff read the book and loved it and started to push hard for it. A movie company got interested and optioned the rights. Other publishers around the world began to bid for it. So, by the time it came out, my hopes were back up high again – although it would still be quite a few years before the series made a real dent on sales in the UK!

Why did you end The Saga of Darren Shan at book 12 when you had already planned more books?

That’s where the story wanted to end. I had planned to take it forward, but when I got to that point, I realised it was the best place to finish, so I did. I never consider my market or sales or anything like that. The story, for me, is all that truly matters. If a story demands one big book, as The Thin Executioner did, that’s what I’ll write. If it demands twelve short books released at three month intervals, as Zom-B did, then that’s what I’ll write. Of course, finding a publisher who will back my vision isn’t always that easy, but so far I’ve been luckier than many other authors! 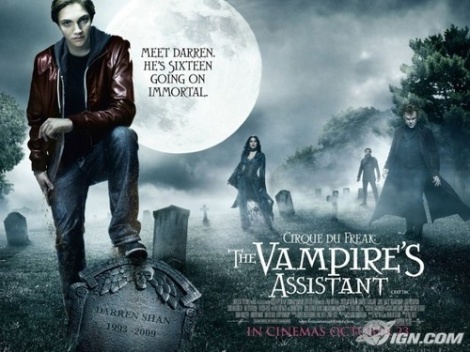 Will there be any more Darren Shan films? The first film seems to have been popular with fans.

Heh heh – I know a lot of fans who would disagree with you!! 🙂  Actually the film proved more popular than I had assumed – I picked up a lot of new fans through it, people who had never read or even heard of my books. It didn’t please all of my existing fans, but then again, no film ever could. Anyway, there won’t be any more in the near future, as the first one didn’t make back its money at the box office. But hopefully it will be resurrected one day in the future…

Why did you write The Saga of Larten Crepsley? Is it because you enjoyed writing for him or because you thought there was another story to tell?

Larten Crepsley was a mystery to me while I was writing my original Saga. I liked him that way, and never planned to explore his past in detail. But I found myself thinking about him after I’d finished Sons of Destiny, and I just couldn’t get him out of my head. More and more of his story began to fall into space over the space of a few years, and eventually I felt compelled to sit down and write it.

Zom-B is your next teenage orientated series. Is there anything you can tell us about it?

There will be twelve books in total, and they come out at a rate of one every three months. (The second, Zom-B Underground, went on sale at the start of January.) They are set in London, after a zombie attack. There are tradtional style zombies in the books, but I was more interested in taking the living dead in a new direction, so there are some very UNtraditional touches too! It also touches on racism, hatemongering, the abuse of power, and how people try to play on our fears to manipulate us. It’s an action-packed, brain-munching series that also challenges readers to question what they’ve been told and to prize truth and honesty above all else. 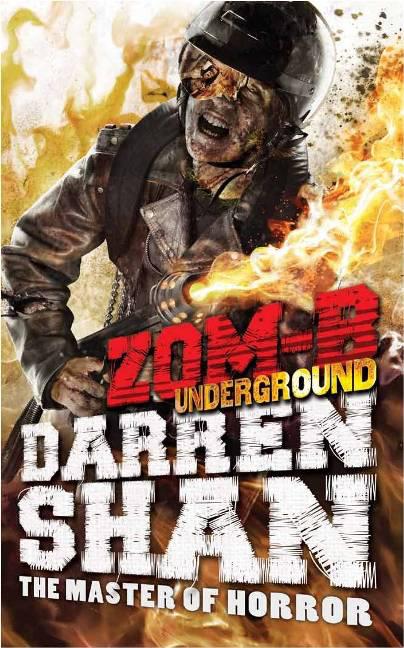 What is out of all the books you have written, your favourite?

The Thin Executioner, a one-off fantasy book that I released a few years ago, about a boy whose dream in life is to chop off heads for a living when he grows up!

Is there any series of books that you favour above the rest?

No. I view my series equally. Each has worked in a very different way to the others. I think The Saga of Darren Shan was my warmest series. The Demonata was my most ambitious. The Saga of Larten Crepsley was my most sweeping and tragic. And Zom-B is proving to be my most probing and disturbing.

Is there any famous book that you enjoy which you wish you had written?

No. There are lots of books which I love, but as a writer you can only write your own stories, and you should not be envious of others. You need to focus on your own strengths and weaknesses, rather than those of other writers.

What future projects have you got coming up?

At the moment I’m just looking to the end of my Zom-B series, and making sure that I hit every deadline. I’ll probably start working on a new book later this year (I like to work well ahead of publication schedule, so that I have at least two years to work on any one book), but at the moment it’s all zombies!

Thanks for talking to us Darren, it has been great. 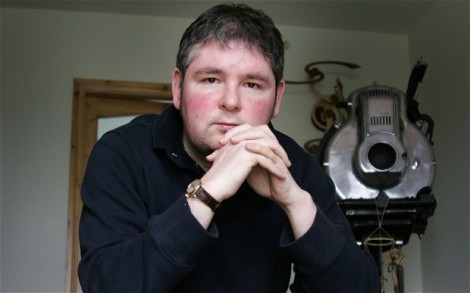