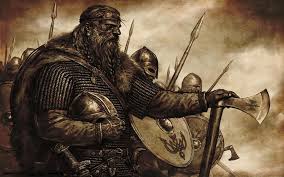 Recently on BBC Two a new history series has been airing,it is simply called  Vikings and presented by Neil Oliver. This series tries to look at the truth behind the Vikings. Last week’s programme dealt wonderfully with the origins of the Vikings. The show took us on a tour of Norway and Denmark explaining how the evolution of the Viking culture was very distinct from the rest of Europe which was mostly influenced by the Romans. Apart from showing us where the Vikings came from it also gives us an intriguing idea of what Europe would have been like if Rome has never conquered most of the then known world.  Tonight’s programme deals with the subject of what happened next: where did the Vikings go after they learned to sail the seven seas? If you want to find out tune into BBC Two tonight at 9pm.

3 responses to “Vikings: The Truth”