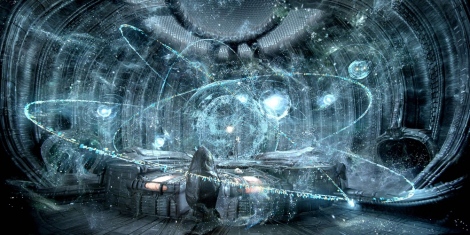 In space, no one can hear you scream.
In 1979, Ridley Scott changed science fiction with his ground breaking horror/ sc-fi film Alien. Now, Scott has come back to the franchise with the prequel to Alien, Prometheus.Prometheus is unlike the Alien franchise because this film deals more with mythology (Mainly ancient American.) than the other films have. This film will very much be a treat because it is directed by the man behind Alien and Blade Runner and stars Noomi Rapace, (The Girl With The Dragon Tattoo), Michael Fassbender (X-Men: First Class), Guy Pearce, (The King’s Speech) and Idris Elba (Luther). Indeed it seems that after the rather ordinariness of the Alien sequels, that we have finally got back to the roots of the franchise. Just remember, that no one can hear you scream.