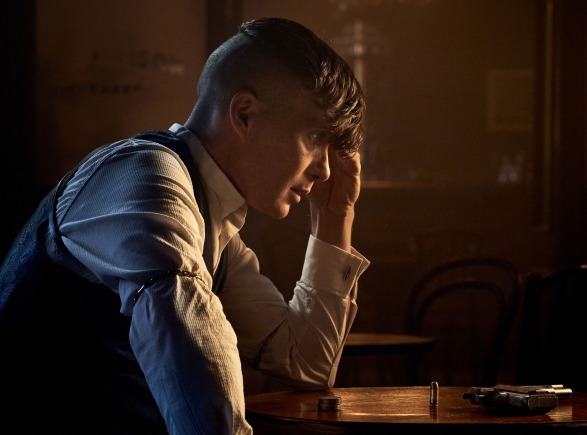 “We own the ropes, who’s gonna hang us now?” so says Tommy Shelby MP (Cillian Murphy) in the first episode of the brand-new series of Peaky Blinders. And he seems to be right – the Shelby clan now seem to be far removed from their violent past and have finally become “respectable”.

The year is 1929 and all seems well – until the New York Stock Exchange collapses, taking the Shelby’s American Empire with it. Realizing that if he doesn’t act quickly, the Shelby family may face ruin Tommy comes up with a plan to ensure that they make the most of the opportunities presented to them.

Meanwhile, as Tommy Shelby becomes ensconced in Parliament, he begins to realize how he is being manoeuvred by forces beyond his control. Approached by fellow Labour MP Oswald Mosley (Sam Claflin) to become involved in Mosely’s machinations, he is also hired by a peer to assassinate a Chinese pimp who is blackmailing the lord demonstrating that no matter how far the Shelby’s rise they still seem to be trapped by the fact they were and are the Peaky Blinders and that is where their influence comes from.

No matter how respectable Tommy attempts to be he cannot escape his past – even his son Charlie sees him not as a member of the establishment but as the same Tommy Shelby who has murdered and maimed for his family; his son goes as far to say, after he puts down an ill horse “You kill horses, you kill people, that’s what everyone says.” This tension between the apparent respectability that the Shelby’s try to exude and the inner violence that is at the core of their business is at the heart of the drama of this new episode and series.

This inner tension and a desire for a life that is away from the backstreets of Birmingham where the Shelbys grew up is constant one throughout the fifth series but is particularly clear in this episode. Tommy’s desire to keep his “throne” and the paranoia that drives him to further success is an inherent part of Shelby’s character and series creator and writer Steve Knight is perfectly placed to utilise this to the show’s advantage. Rather than Tommy being content with his newly found power, Knight plays upon Tommy’s insecurities and his inability to break away from the destructive life he has forged for himself.

Cillian Murphy gives an incredible performance as Tommy Shelby. Murphy always plays Shelby with a sense of restraint but an inner rage bubbling within him beneath the surface. Murphy knows exactly how to play Shelby so that you’re uncertain as to whether he’s going to suddenly snap or remain cool and collected. This is particularly evident in the scene with his son after he kills the horse and in the scene in which he is interviewed by a journalist. Murphy mixes a brutal hatred with a sense of respectability in such a way that makes Tommy Shelby one of television’s most compelling characters.

In conclusion, the first episode of the fifth series of Peaky Blinders is an engaging and energetic return to form for the series. It has style, substance and powerful internal narrative that ensures that you’re hooked from the very beginning. I’d highly recommend checking it out.