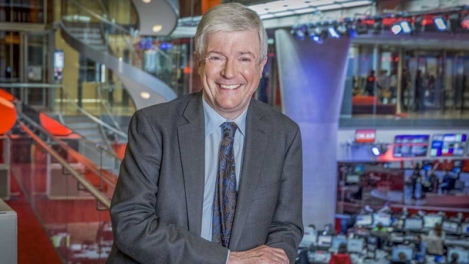 Arts will take centre-stage across the BBC with a new topical strand taking audiences to music and arts events across the UK; a new digital offering; closer engagement with artists and institutions; more distinctive arts content across all the BBC’s outlets; and stronger leadership for the arts.

Speaking today Tony Hall said: “This is the strongest commitment to the arts we’ve made in a generation.  We’re the biggest arts broadcaster anywhere in the world – but our ambition is to be even better.

“I want BBC Arts – and BBC Music – to sit proudly alongside BBC News. The arts are for everyone – and, from now on, BBC Arts will be at the very heart of what we do.  We’ll be joining up arts on the BBC like never before – across television, radio and digital. And, we’ll be working more closely with our country’s great artists, performers and cultural institutions.”

Jonty Claypole has been appointed Director of Arts, and Bob Shennan becomes Director of Music. They will work across the BBC – joining up television, radio, iPlayer and online. They’ll be thinking globally, nationally and locally – driving the BBC’s vision for Arts and Music.

A number of leaders in the arts world have been appointed to share their knowledge and insights across the BBC:

Launching in May, the BBC Arts at… strand will give audiences front row seats at cultural events across the year – exhibitions, performances, festivals – showcasing the energy and excitement of Britain’s vast cultural landscape when and where it happens. This ambitious new strand will, for the first time, bring TV, radio and online together under a single banner, BBC Arts at…

The first events in the calendar include:

Right across the year, BBC Arts at… will bring great events to the screen in new and innovative ways, working closely and collaboratively with leading museums, festivals and performing companies to give viewers and listeners the best seat in the house.

Other planned events include the Summer Exhibition with the Royal Academy of Arts in London presented by Kirsty Wark and Alastair Sooke and Generation with the National Galleries of Scotland. The BBC will also be working with the Liverpool Biennial, Manchester International Festival, Opera North, the Barbican and the British Museum.

There will be major coverage of the Edinburgh Festivals, including a performance a day online.

BBC iPlayer will bring together the wealth and range of BBC Arts programming across all channels into a single arts category. In addition, iPlayer will offer selective, exclusive arts content including a programme premiere of the BBC Two series, The Story Of Women And Art, archive arts content as part of BBC Four Collections, and news coverage celebrating the Man Booker and RIBA Stirling prize-winners.

BBC Arts Online will be offering deeper, richer engagement online with a wealth of new material, streaming performances and events

, live and on-demand at some of the best events across the country. BBC Arts Online will offer expert opinion and aims to stimulate debate and audience interaction around the arts.

The Space – the BBC’s ambitious collaboration with Arts Council England – will relaunch in the summer with a series of new partnerships and collaborations.

The BBC is digitising its fantastic archive for people to enjoy.

The BBC is working towards an ambitious partnership with Tate sharing art, archive and curatorial expertise. Over the next three years Tate and the BBC will explore ways to make archived film and audio recordings of rare artist interviews publicly available. This builds on the work that the BBC and Tate have already undertaken in rediscovering and publishing important filmed interviews with Francis Bacon and Henry Moore.

BBC archive from the landmark series Civilisation will also feature in an upcoming Tate Britain exhibition that explores the legacy of art historian and broadcaster Kenneth Clark.

BBC Arts Online will feature major archive partnerships with the Royal Academy, focused on seminal Summer Exhibitions past, and will, with Glyndebourne, look at the remarkable history of the Festival in its 80th anniversary year.

The BBC continues to partner with the Public Catalogue Foundation on Your Paintings, with continuing great success – highlights include 400k unique users in February.

The BBC continues to celebrate great authors and their works and develop drama adaptations. There will be a two-part Imagine with Philip Roth for BBC One, and in his new BBC Two series Radical Lives, Melvyn Bragg brings viewers his insights into the lives of two radical writers, John Ball and Thomas Paine. Other forthcoming commitments to supporting writers and celebrating literature include:

Breaking down the walls – working more closely with artists and performers

A range of experts and presenters are already appearing across the BBC.

BBC Four recently featured performance artist Marvin Gaye Chetwynd on What Do Artists Do All Day? while Tracey Emin’s gave a uniquely personal insight into the life and work of Louise Bourgeois for Secret Knowledge.

Darcey Bussell, Tamara Rojo and David Bintley featured in the recent Ballet Season on BBC Two, while Cerys Matthews is a regular presenter on The One Show. In the future, the BBC wants to find even more ways for artists and performers to speak for themselves across the BBC.

Audiences can see Antony Gormley on What Do Artists Do All Day? tomorrow evening and a future episode will include choreographer Akram Khan; whilst Zaha Hadid will present an exploration of Russian artist Kazimir Malevich for a new Secret Knowledge film.

BBC Radio 4 will broadcast Playing The Skyline, three special programmes in which musicians take wonderful landscapes, place them on a musical stave – and play the skyline.

A new take on Civilisation will be commissioned for the digital age and will air on BBC Two.

BBC One’s The Big Picture will air early 2015 with an accompanying display at Tate. Alongside this, the BBC will celebrate great visual art. Simon Schama will explore the history of Britain through portraiture in a five-part series, The Face Of Britain, in partnership with the National Portrait Gallery. The Story Of Scottish Art for BBC Scotland is a four-part series made in collaboration with the National Galleries of Scotland. And, the award-winning team behind Freud: Painted Life will make David Hockney: A Life In Pictures, a portrait of the life and career of Hockney drawing on his unseen, private archives for BBC Two.

BBC Three is developing a new three-part series, The Orchestras, that will shine a light on the rarely seen world of classically trained young musicians as they look to establish themselves in one of the country’s most competitive industries. The public will be able to engage with the musicians via a dedicated social media offering to accompany the series.

In 2015, BBC Four will dedicate a year of programming to exploring the extraordinary power of song and dance across a whole spectrum of eras and styles. The Golden Age Of Singing will see Sir Antonio Pappano explore the story of the classical voice across the last 500 years; there will be a major new initiative to find the young dance performers of the future in BBC Young Dancer, with auditions and heats taking place across the UK and the final at Sadler’s Wells; and The History Of Contemporary Dance will bring together the dance community in a new documentary and special gala performance in collaboration with Sadler’s Wells.

An exciting artistic collaboration is coming to BBC Two next year for Christmas in the form of an animated television premiere. Mimi And The Mountain Dragon is an original story by Michael Morpurgo, with design director Sylvain Chomet, screenplay by Welsh poet Owen Sheers and soundtrack composed by Rachel Portman, performed by the BBC National Orchestra of Wales. It is an animated music film for TV and also a theatrical event performed in the concert hall with a live orchestra. In addition, it will have a life in the concert hall, to bring a whole new generation of young people to orchestral music, as the BBC’s film of Benjamin Britten’s Young Person’s Guide to the Orchestra did so memorably half a century ago.

BBC Three will explore the classical orchestra next year in observational documentary programming that lifts the lid on what it’s like to be a member of a working orchestra. There will also be new projects with emerging artists.

After winning a Children’s BAFTA last year, this Easter CBeebies is continuing its collaboration with the Northern Ballet with a production of The Three Little Pigs. Mr Bloom (aka Ben Faulks), the Northern Ballet and children from local schools in Halifax and Wakefield will take the audience on a magical adventure with three very funny little pigs. Recorded at The Victoria Theatre in Halifax, Mr Bloom will be joined on stage by some familiar friends as he narrates the traditional tale. The story will be brought to life through a combination of narrative and dance, as audiences at home are encouraged to join in with the moves.

CBBC, working with BBC Learning, has commissioned Movie Maniacs, an inspiring children’s show about films and film-making. Movie Maniacs is a child-led film show that celebrates all aspects of movie culture with a series of left-field reports, inventive strands and wild stunts where children look at all aspects of film from a humorous, off-beat angle. BBC Learning will also create inspirational resources for schools around the series.

Chris Evans launched 500 Words 2014 on his BBC Radio 2 Breakfast Show in January, with help from the competition’s Head Judge Richard Hammond, with 118,000 entries submitted. Returning to BBC Radio 2 for its fourth year, and joined on judging the panel by Malorie Blackman, 500 Words asks children aged 13 and under up and down the UK to put pen to paper to compose an original work of fiction using no more than 500 words. The medal-winners will be revealed to the nation, in the grand final, live from the Hay Festival in May.