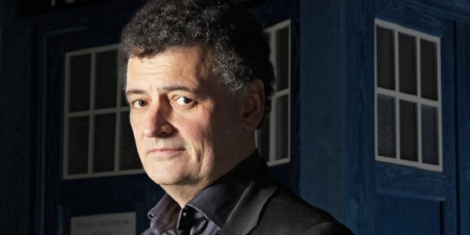 So here it is. I dared. I double dared. And I lost.  Recently, the wonderful people of Twitter (not all of them, cos there are billions of ’em and most of them are interested in Justin Beiber) told me that I should do a list of the good and the bad of the Moffat era.  This is a bit of a tricky subject:  a): Not just because lots of people will disagree and  b): Because, I hate being nasty to people and going off my Series Seven Review I have not been the kindest supporter of SteMo.   Anyway, enough piddling about , here is my top list of good and bad things of the Steven Moffat era.

Now let’s be honest, Doctor Who is not the best example of feminist characters going out into the world and sorting people out.   Particularly in the classic series when half of the female companions screamed too much and fell over.  However, when Russell T. Davies brought the series back, he also brought the “kick ass” elements of the classic series female characters, updated them a bit and injected them into his new series. He gave us three excellent companions in the form of Rose, Martha and Donna.  With the leaving of Rusty, the stream of brilliantly “kick ass” companions did not end there.  Instead it continued to a level of more “Kickassedness” in the form of Amy Pond, River Song and Clara Oswin Oswald.  How can you not love these female companions?  Amy was brilliant in her first season and then got even better later on. “The Girl Who Waited” is a tour de force for Karen Gillian and most of Series Six just shows off Alex Kingston’s kick assedness. Though Jenna Louise Coleman has only been in two stories she has been even more “kick ass” than her predecessors.  In her debut story, Asylum of The Daleks, she actually wipes the memory of the Daleks!  Granted, I’m not a fan of that episode but you have to admit that that moment is utterly brilliant and kick ass. 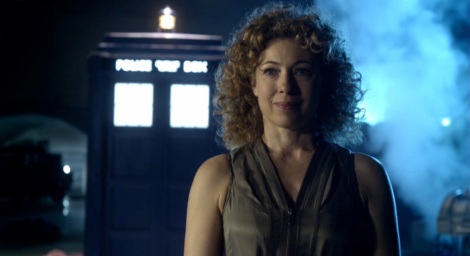 Now even Moffat’s most ardent supporters will admit that during the Moffat era we have been getting more and more inconsistencies.  I’m not going to go into all of them because I don’t want this article to be too long and drawn out.  So I will stick to a few examples: How is it that in one episode the era River Song was imprisoned in is the 51st Century and then in most of series six it becomes the 52nd?   Surely the Silents would monitor The Doctor’s friends after his death just to check that he really is dead?   River Song pretty much blurts it out to Amy!   Why did The Silence need to have such a complicated plan to kill The Doctor?  If they knew he died at Lake Silencio, then why not just lure him there and shoot him or something?   Why did they need the  River inside the spacesuit if they knew that it was automated?  Surely they knew if they put someone in the suit that it was a possibility that they could override the controls and make sure The Doctor didn’t die (like in The Wedding of River Song.)!   I’m not saying other eras don’t have inconsistencies which, come on its Doctor Who, and of course in 50 years not everything is going to be perfect but in the Moffat era it just seems more obvious.  Maybe it is just me (though I know it isn’t).

GOOD: Going back into outer space

In the RTD era we had a lot of Earth set stories.  Lots of them.  However we didn’t really get to see New Who’s look on outer space properly until Moffat’s era.  The problem with having too many Earth set stories was the fact that beyond the establishing series we didn’t really need them.   Moffat has given us back that mix of outer space and Earth stories that Doctor Who needs. After all a sci-fi series that doesn’t go into space is a bit silly.  So we must give thanks to Mr Moffat for bringing back outer space worlds, cool alien explosions and great new alien planets.

BAD: It has become Science Fantasy

William Shatner was right (and I don’t normally agree with him) about Doctor Who not being science fiction anymore.  Before you start throwing the fruit, he is right.  Let us take a few scenes as examples: The Doctor jumps out of an exploding spaceship at the beginning of “The Doctor, The Widow and The Wardrobe” and then he  floats and floats around in space without dying!   He is not even a little bit singed. He then manages to put the spacesuit on with the helmet the wrong way around (which with most spacesuits is not possible but someone with this particular suit it is) and then crashes to Earth without harming The Doctor.  In no way is that scientifically possible.  Admittedly, Doctor Who has never been one hundred percent accurate with the exception of Tom Baker’s last season.  However, even in the past they have at least tried to keep it  scientifically correct.  When Peter Davison went for a moon walk in Four To Doomsday (1982) he had a space helmet on.  Tom Baker’s Doctor fell off a not very high piece of metal and was forced to regenerate.   Okay, Tennant’s Doctor did do that silly sky dive at the end of “The End of Time Part Two” but at least he regenerated later on in the story.   Matt’s Doctor falls from space at first with no space suit, then with the suit on but the helmet the other way around, hits the Earth creating a crater with impact and SURVIVES.   Now that is science fantasy.

So that is my Good vs Bad of the Steven Moffat era.   I hope you enjoyed it.  In all honesty, with the hype of all sorts of things in Moffat’s era such as the change to the Daleks (which, once you get used to them aren’t that bad) and the TARDIS and the fact the show isn’t on as much, I don’t really think that much has changed.  Remember that when Who returned in 2005, the 13 episode series was technically a come down from the classic era, so the fact that it has gone down again does not surprise me, even in this world of 20 episode American style seasons.  I think that the Moffat era has brought good but it has also brought bad as with any other era of Doctor Who.  However, one thing has never changed, the fact that Doctor Who is beyond all the cosmetic changes  and is the same show that aired on that frosty 23rd of November, 1963.

3 responses to “The Good Vs Bad of The Moffat Era”